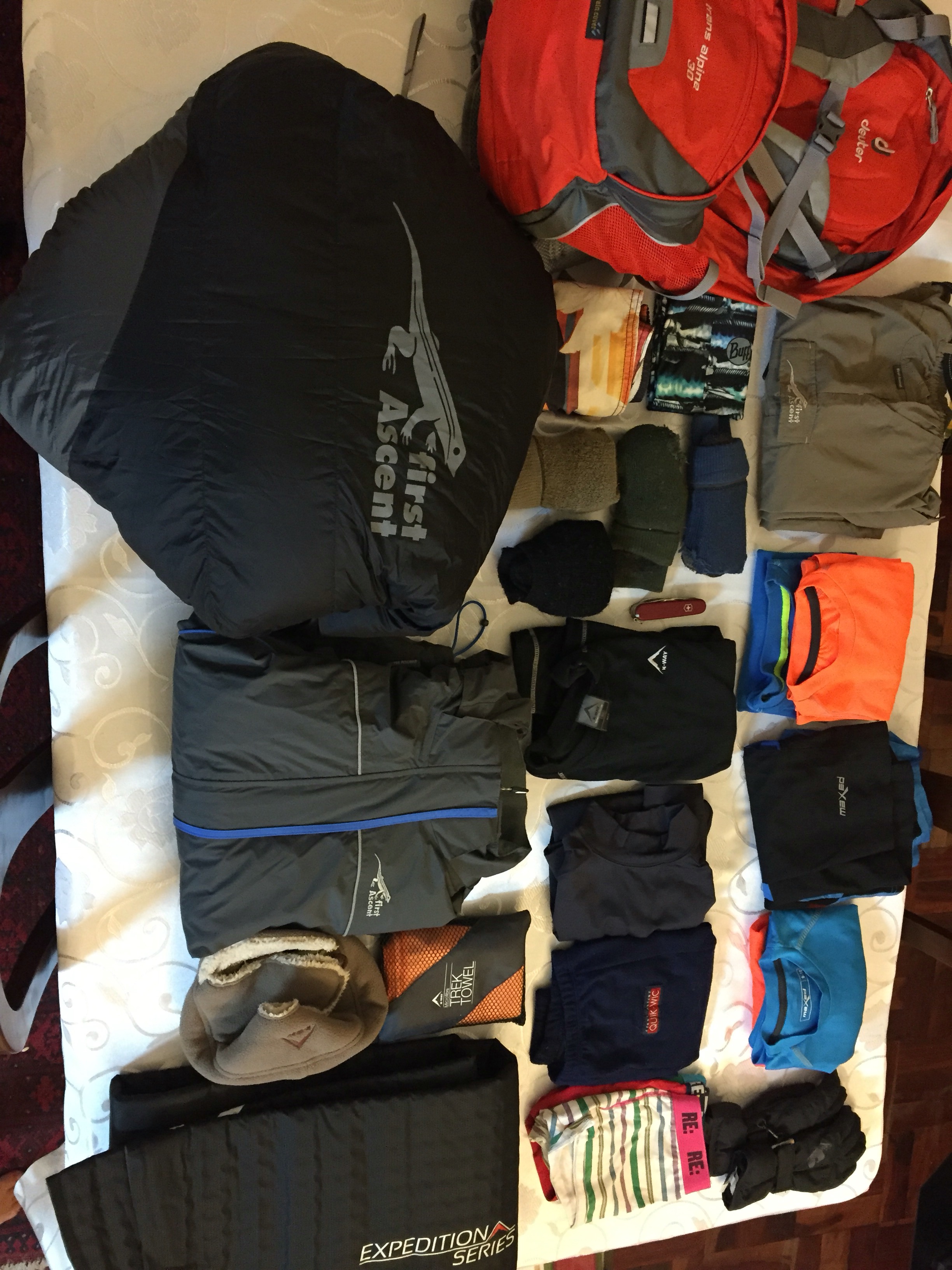 Janko is 9 years old. Here is what we packed in his bag.

The only bag that fits him. Make sure the bag rests on the hips and does not hang from the shouldiers.

Ok stuff to pack inside his bag:

Pack the matress and sleeping bag inside each other. I will post a video of how to on the youtube channel of journey4four, a bit later. First Ascent on twitter as @firstascentSA ice nino sleeping bag and Expedition series matress from K-way.

Technical utility pants kids First Ascent. Got these from Outdoor Warehouse. Was difficult to find clothes for kids that size!

Snowball 3-in-1 jacket from First Ascent

Total should be less than 6kg for him! Less is better!

Where to buy: Discovery medical aid gives a great discount at Cape Union Mart BUT even with the discount we found that Trappers as well as Drifters were much cheaper. We bought from them. The First Ascent brand “owned” by Outdoor Warehouse was also way cheaper at Drifters in Sandton. You can ask for discount at Outdoor Warehouse stores, Drifters still has the best price!! Drifters@tiscali.co.za mail and ask for a quote!!

Because of the size of the 30l bag we will fit the snowball jacket in Abré’s bag, just no space! When we hit Ushaia middle February, Janko will most probably carry the jacket and we will swop the content of bags. Keep on reading and we will update changes!!