Copacabana beach, Rio …this is the reason you travel, physically, mentally in your own world or one created for you by another, in a book well written, or even the crap people make us read.  We live in neighbourhoods and go to schools where social clicks and kewl groups dictate what is acceptable and what not. When you travel or experience other cultures, you realise that acceptable is but an opinion of someone, somewhere which made them feel good or likeable….not at all what your world should consist of.

Read or travel and realise that there is more to life. Other food, hair and dress code is acceptable somewhere else in the world.  And within the conflict of looking at what is acceptable for you, find you beach…

Rio’s Copacabana beach hosts different classes or should I say types of groups, each with its own aura and hidden lingo. You know a person when you know to what area on the beach they go. First the family area, close to the fishing area next to the mountain.  The soccer area, next to the soccer courts, the sporty fit bunch of the volleyball courts, close to the bike park and the outdoor gym. There is also the beautiful people’s beach – for tourism and services thereafter, maybe. Then there is the local casuals, the surfers and the gay and lesbian beach. Beach areas for extended families and areas where they are making families… But MOST important: it is all along one single shoreline. And if you think one area on the beach is better than the rest, then you belong to the bitch area, which I did not see in Rio.

We had wonderful hosts on the beach today. We started with an early setup of sunblock and nothing else. Some cash and no hats, towels or anything else. You do get warned to use lots of sunblock and a little less of what ever they serve on the beach. The tanned guys with trays of ice cold drinks of freshly squeezed lime juice, some added sugar and vodka are friendly and do not understand the words “no alcohol, children, cool-drink”…they just smile and offer, smile and offer…after one of their drinks you just drink and wave, drink and wave and the day gets better, the sunblock less and the bodies bolder and hotter. 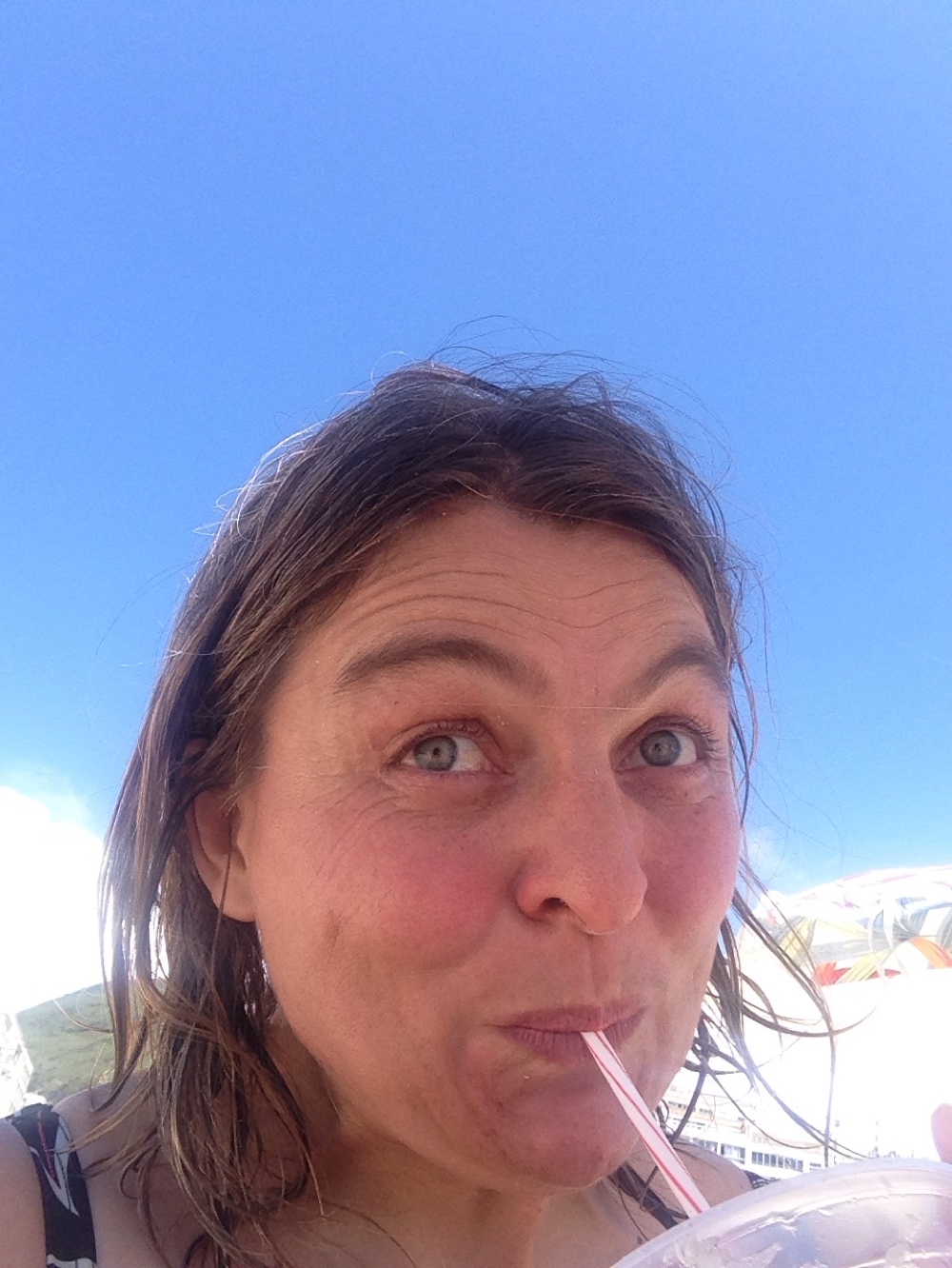 All the bodies on the beach were hot. The short ones and the shorter ones. The young ones and the not so young ones. My type of mommies and dads with a bit of stress and then those with absolutely no stress. The grannies, the aunties, the teens and the not so popular teens. Old men, saggy old ladies and very much in love couples that are way past expiration date. All of them were smiling, enjoying the sun, having fun and sharing some laughter. All of them were comfortable, looking into the sun with no comparisons to next door bodies. The dwelling eyes were those of admiration, a stolen snapshot for later use and lots of self admiration on selfie camera rolls, not judgemental frowns.

I saw bums, buttocks, “boude”, “agterstewe”, “knopgatte” jaw dropping g-string model “boudjies” ass and more aassss! So get over yourself, your “not so perfect” – according to your own rules – body. Love the cellulite, I saw it on almost every body walking, running or laying on the beach today, only kids excluded. It’s as normal as boobs of different sizes, as common as different bikini’s, as popular as tanned bodies and as adorable as chikas. It’s us, all of us, everywhere. Everyday, now, tomorrow, yesterday and will be: for ever.