Ferradura beach reminds me of mermaids and a continuous little gold organ in the sea, making golden glitter to attract fishermen, tanning  blondes and those who seek riches. The sand is filled with little golden sparkles, that attracts everybody. It’s light and floats in the water, gold enticing and dazzling us. But the fact that it floats in water is a dead giveaway that it is not the gold Lenka hoped it would be, but minerals, fools gold!!

Ferradura is a horse shoe shaped which makes it quite and safe, I thought. In fact it gets very deep very quickly. Ferradura beach is for tourists. All the stalls you find on Copacabana, but not the same value. The food is greasy and covered with huge amount of pastry. The drinks half the size of that on Copacabana for the same price, but they still have the same “skop”.  Rides and entertainment solely because there is nothing else to do except take in the view and loads of sun! We did not snorkel, we will get some gear today.

We met some Ralf and family in the camp, originally from Germany, but lives in Brazil. Teacher at a German school in Botofoga. We were invited to leave what ever we do not want to take along and then pick it up on our way back to South Africa in June. Think I’m going to take him up on his offer!

The change in environment is still a great experience. This is the ideal beach for small kids, who just want to play in a bit of water, build sandcastles and enjoy the salty mineral water of the sea. No waves to whack you over, and enough time for sunbathing mom to get a hold of you if you wonder to deep or far.

Peddling swans, stand-up peddling on boards, boats for ski and boats pulling huge tubes with people on it. Then there is the round spinning tube that works like a spinning top!  The waveless bay is perfect for this kind of water entertainment. 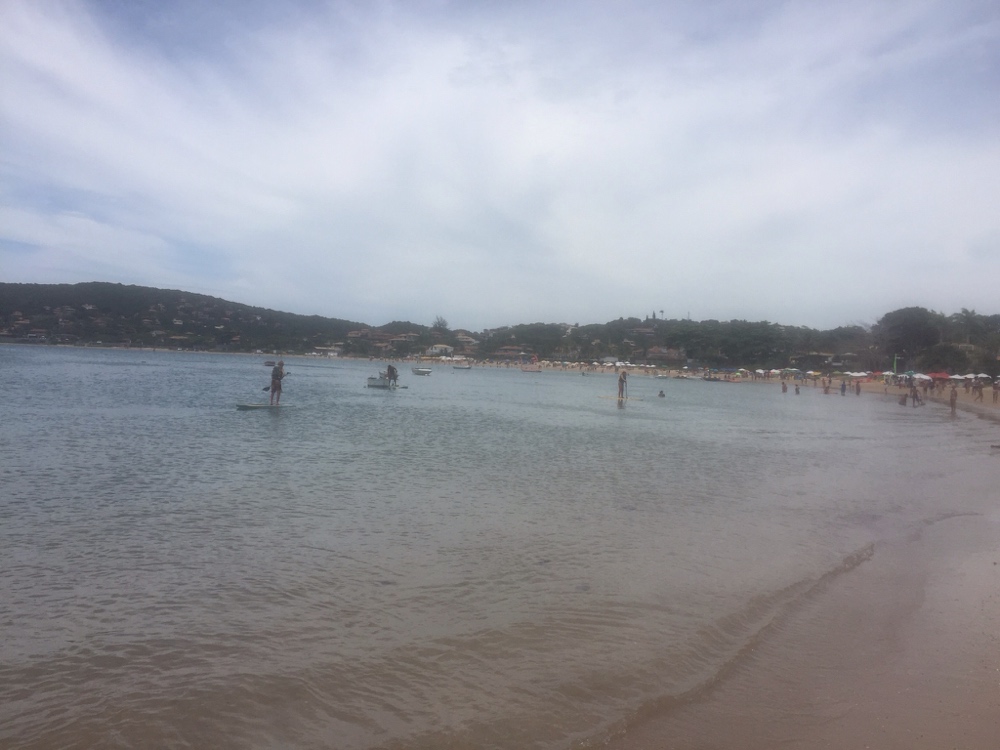 A day on the beach, we left at 16:00. Straight for our camping site, where the kids continued their play. No iPads the last two days, because they have friends and physics combined with gravity to entertain them!  Great! 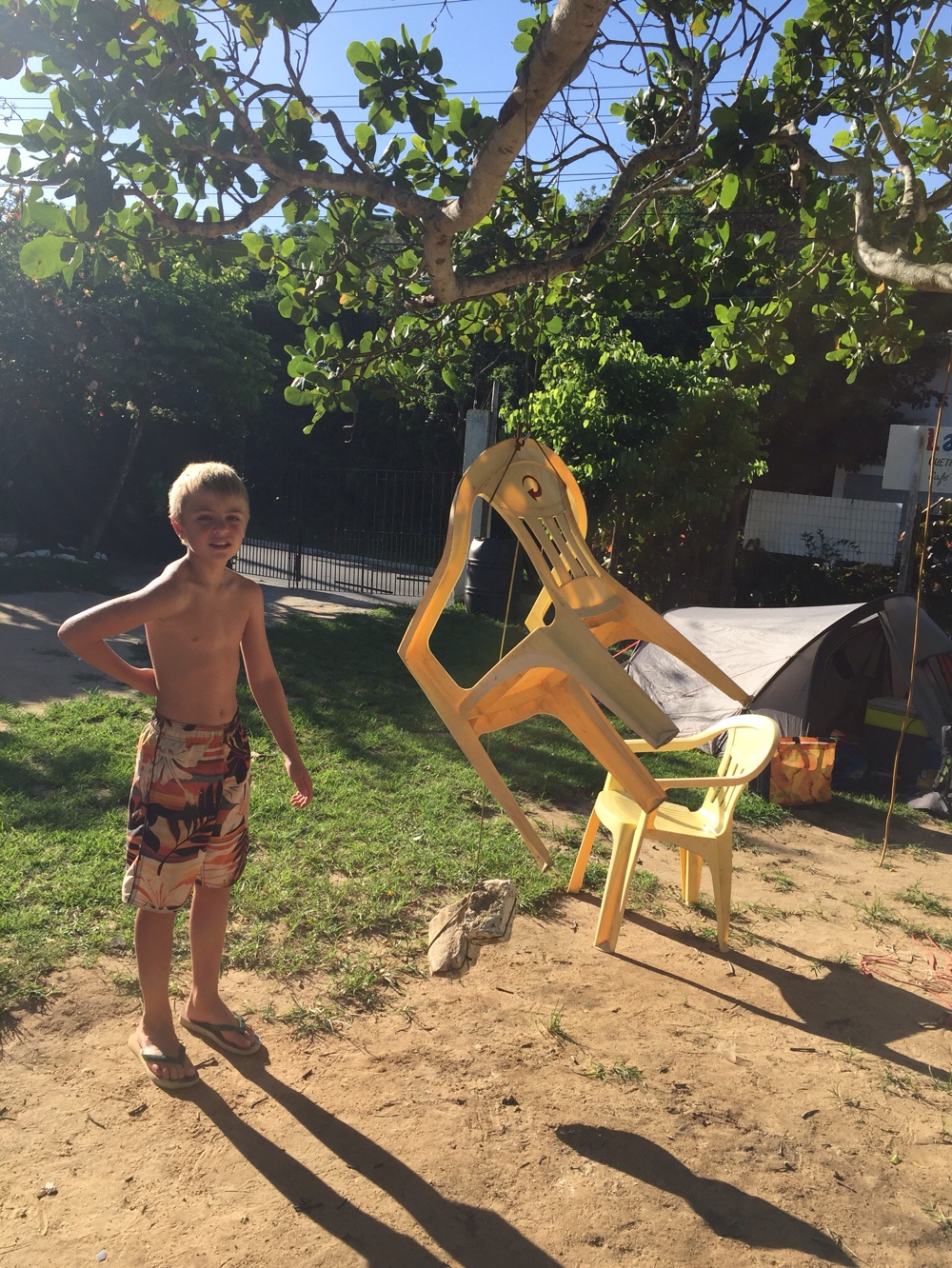